On our Drone School UK Full Day 360 Photography Training Course we are now including three different ground based 360 Cameras in addition to the DJI Drones for the aerial panoramas.

The latest three 360 cameras we use for 360 photography training are the: 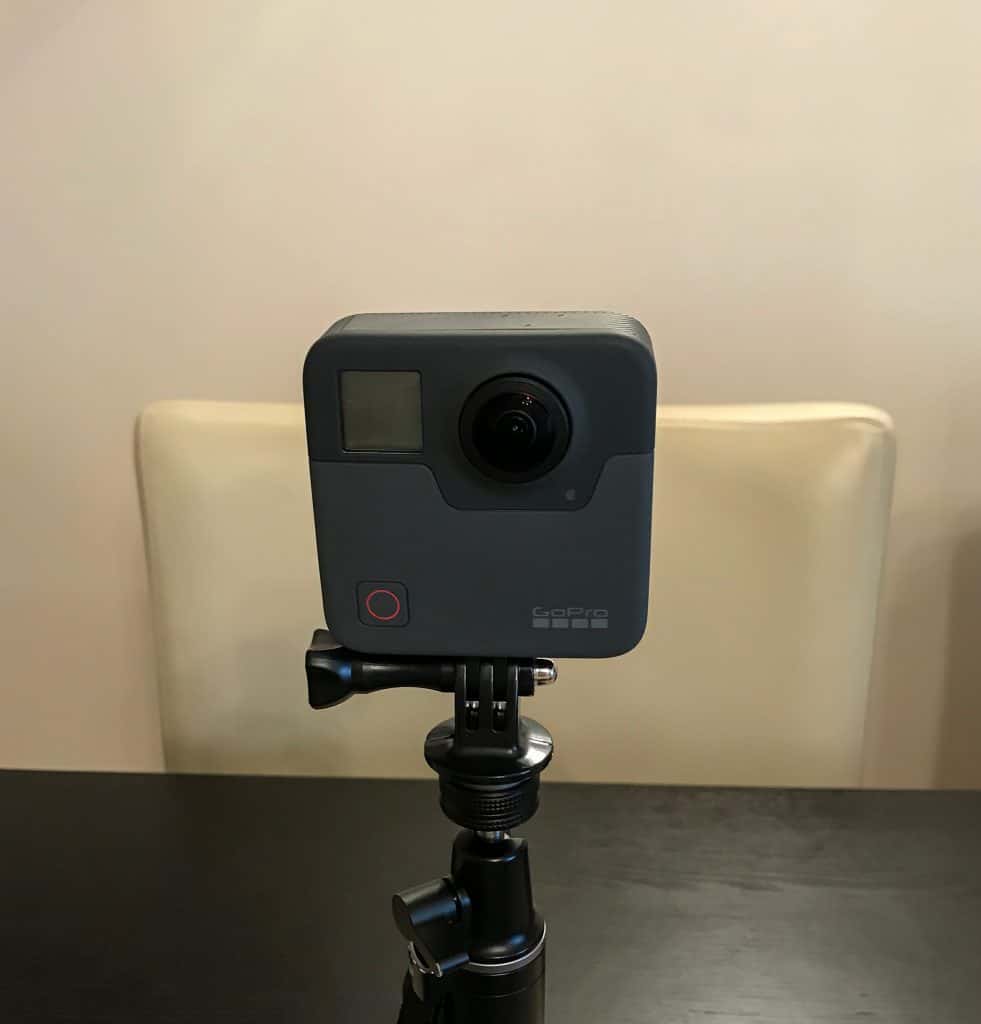 Go Pro launched the Fusion 360-degree action camera in November 2017 and as we pre-ordered were one of the first to purchase it. Like the Hero and Session, it’s designed to be strapped to you, your bike, or car, except this one shoots in 360  degrees and has some impressive features.

GoPro retained the dual-tone grey colour scheme and the grippy diagonal lines around the edges. As you’d expect, it also has the same two-button control system to keep things familiar for existing action users.

There’s a camera lens on the front and the back of the Fusion, as well as the usual small, square monochrome screen on the front which shows basic information during shooting.

Being a 360-degree camera, the Fusion is equipped with two 180 degree lenses that capture everything all around the device. It shoots 5.2k video at 30fps, and its sensors and optics make this one of the best action cameras we’ve used.

On top of 360 panoramas you also get directional 360-degree audio thanks to an array of microphones.

The Fusion also captures 18MP spherical still images that can be exported to social media or used on Google Maps.

On the course we test using the Go Pro fusion as one of our 360 cameras under the DJI Inspire 1 drone and film in 4K.

We control the Fusion camera settings with an app on our apple tablet or iPhone.  This app is covered in detail in the 360 photography training. 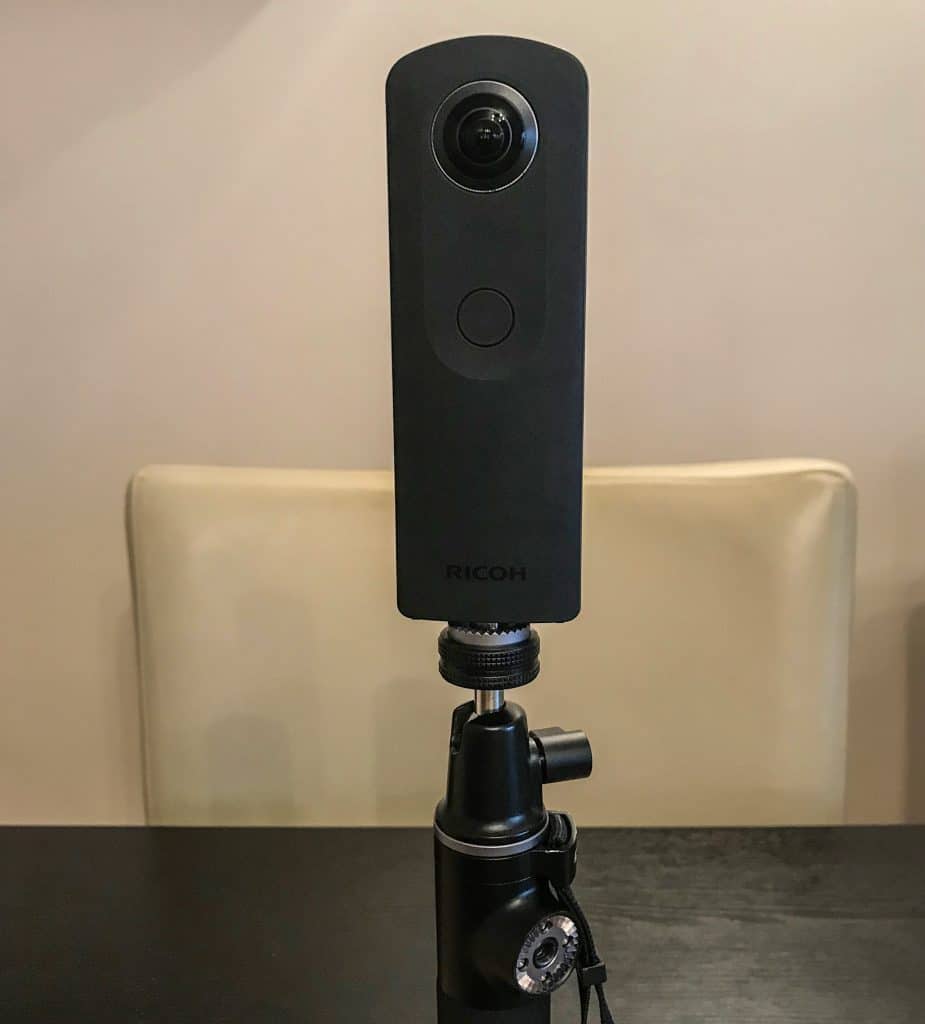 The Ricoh Theta S is the third generation of Ricoh’s 360-degree shooting camera. The Theta S has two lenses and two sensors pointing in opposite directions, to capture the full 360 degree image.

The two sensors included are of high specification. They’re 1/2.3-inch with 12 megapixels, and their output stitches together to make a 14-megapixel image.

The Ricoh Theta S is the go to camera for Google Street view and as a Google Trusted photographer is the 360 camera we have used in the last six months for most client Google Maps shoots.

We control the Theta camera settings with an app on our apple tablet or iPhone.  This app is covered in detail in the 360 photography training. 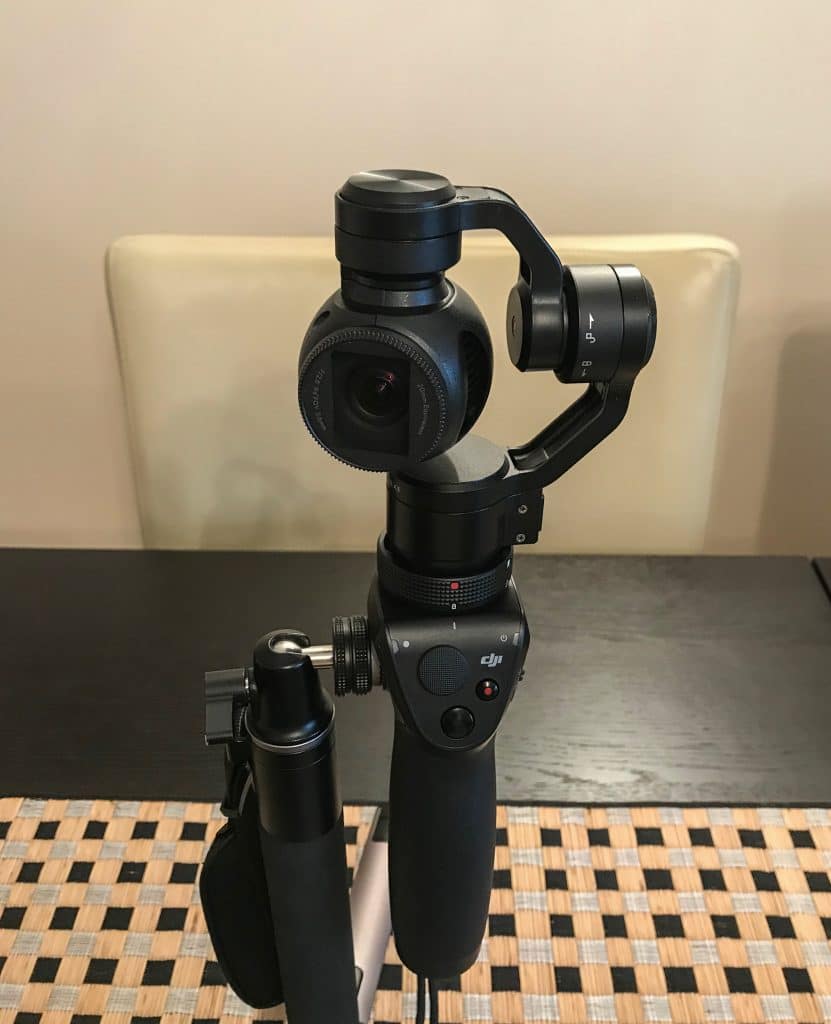 To get the most out of our DJI Osmo we use it with the Litchi App, Litchi  which allows us to shoot very high resolution 360 panoramas.

We take 26 separate images for each 360 spherical panorama then stitch the images together using our PTGui software.

This 360 camera produces very detailed panoramas images, which can be linked together into a bespoke tour for inclusion in clients websites and other marketing and promotional platforms.

We control the Osmo camera settings with an app on our apple tablet or iPhone. This app is covered in detail in the 360 photography training.

Come to our Devon Drone School for all of our specialist drone training courses.