Norton Park on the outskirts of Winchester is a beautiful hotel with historical elegance all set within 54 acres of peaceful grounds is the venue for Drone School Hampshire.

For our drone school at the hotel on the Sunday 27 August the facilities surpass on expectations.  The weather was sunny and with little wind the conditions were ideal for flying.

Norton Park offers 16 conference and meeting rooms for up to 340 delegates within the main hotel, but this time we were in the magnificent Manor House next to the newly refurbished 17th century Tythe Barn which now boasts under-floor heating making it perfect for year-round events.

The hotel has 166 modern bedrooms, a large leisure complex and spa, a great restaurant and beautiful landscaped gardens to stroll around.

The history of Norton Park is very interesting. The 16th century Manor House was restored and enlarged in the early-20th-century.

Formal gardens were created with a fishpond or lake. There were many 19th-century garden features including an orangery, walled garden with espaliered fruit trees and glasshouses, all requiring attention. Extensive work was undertaken on a long, new access drive and the creation of parkland.

Norton Manor was built in the 16th century for the St John family. It was tastefully restored and enlarged by Mr Hampton at the beginning of the 20th century. Up until 1980, the Manor was lived in as a family home by Mr and Mrs Willis.

Aerial photo taken of Norton Park by the Phantom 4Pro from the flying field on the Drone School Hampshire course on 27th August. 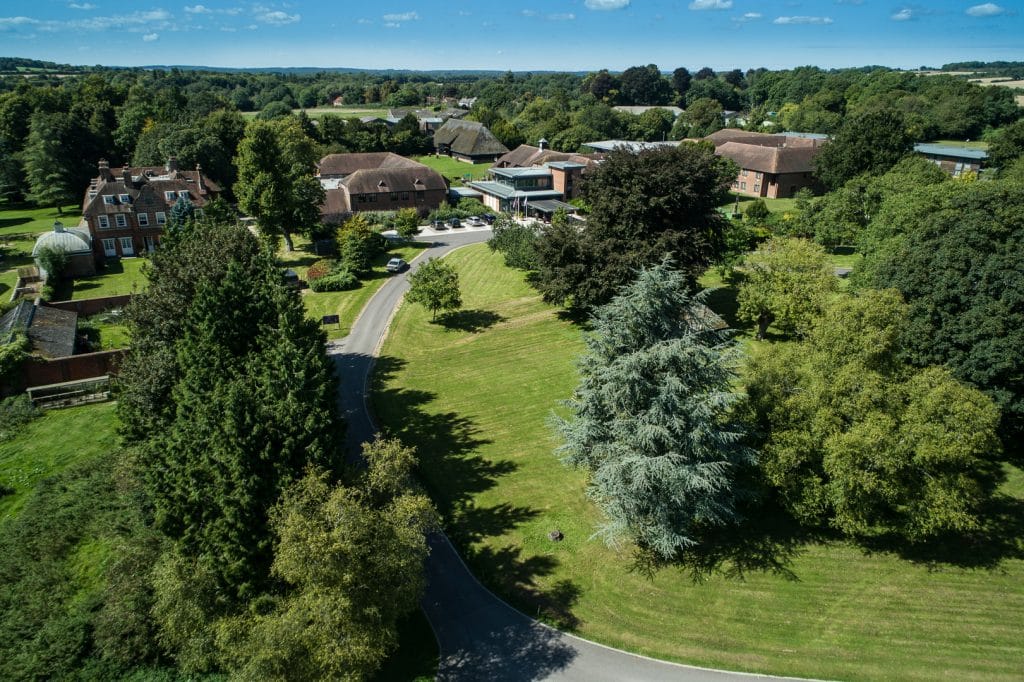