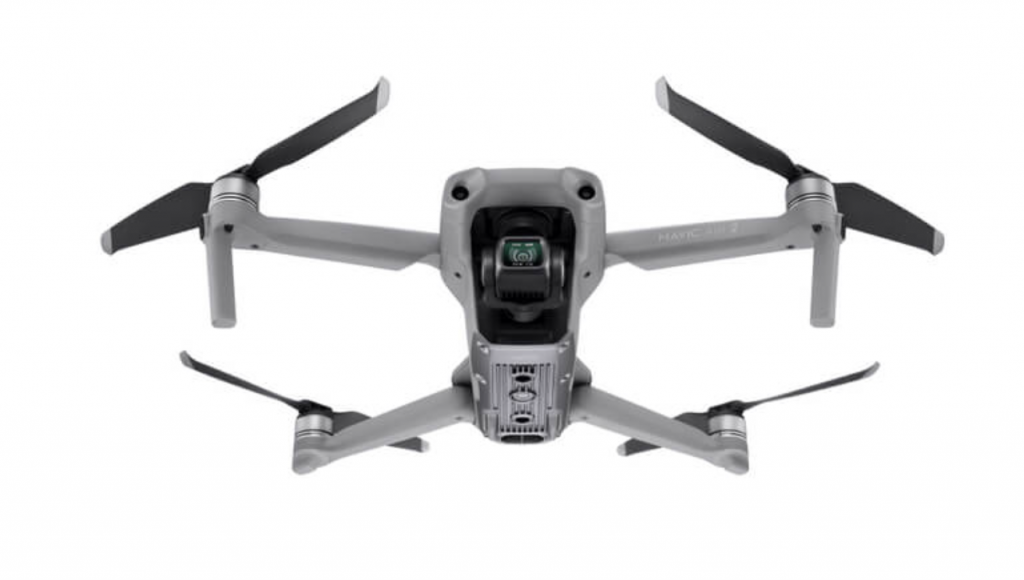 The Mavic Air 2 is a major upgrade on the old Mavic Air, completely redesigned from the ground up.  It offers improved range, a much longer battery life, excellent 4K/60p video and a wide selection of new shooting features.

It is DJI’s new mid range option between its more capable big brother the Mavic 2 and its smaller, cheaper Mavic Mini.

The Mavic Air 2 looks like a miniaturized DJI Mavic 2 Pro and features the same folding design that sees the front arms swing out, and the rear arms rotate down and out, for flight.

This folding design means that the Mavic Air 2 sits close to the ground and will need to use a small landing mat to avoid any grass when taking off and landing.

The Mavic Air 2 has an improved 6 mile range from the controller and features new motors, new electronic speed controllers, a superior rotor design, better aerodynamics and improved battery. These provide increased flight speeds of up to 42mph in Sport Mode and a flight time of up to 34 minutes.

The new shape controller is comfortable to hold thanks to the contoured grips on the rear and its 393g weight. The controller also starts up and connects to the aircraft quicker than the previous controller.

With this new design, the phone attaches to the top of the controller via a telescopic grip that will comfortably accept phones of all sizes, including tablets. 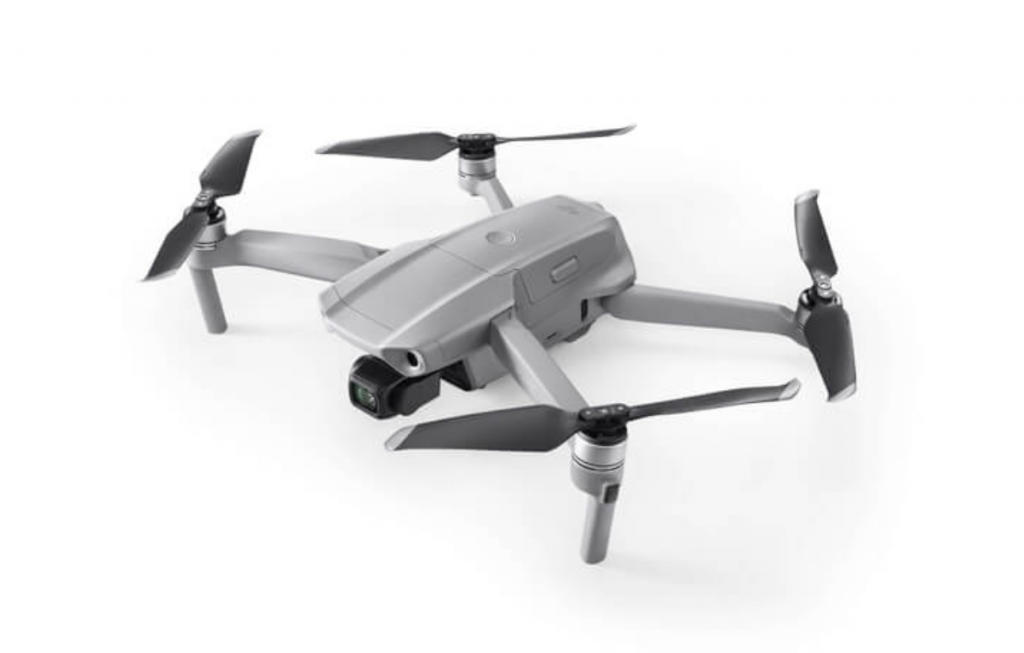 The main news in this update is the new larger imaging sensor on the drone’s camera. The Mavic Air 2’s camera has a half-inch sensor, that should offer better resolution and sharper images, including including 8K Hyperlapses.

The new camera is still outputting 12-megapixel stills, but now has a bigger sensor to fill that frame with more detail. There’s also a new composite image option that joins together multiple single shots into a large, 48-megapixel image, but this is only in JPEG format.

The Mavic Air 2 is DJI’s first drone to offer 4K video at 60 frames per second.

There are also slow-motion modes that slow down footage to four times slower than real life (1080p at 120 fps), or eight-times slower (1080 at 240 fps). Combine those modes with the more realistic contrast you get with the HDR video standard, and you have considerably improved video capabilities.

So, despite the small size, there is certainly scope for more professional video use of this drone.

Several functions are designed to help you shoot better images with ease. The Mavic Air 2 uses scene analysis to choose between a variety of photo modes.

In scene recognition mode it sets the camera up to best capture one of five scenarios  -blue skies, sunsets, snow, grass, and trees. In each case, exposure is adjusted to optimize tone and detail.

The second Smart Photo mode is dubbed Hyperlight, which handles low-light situations and merges several images to average out and reduce noise.

The final smart mode is HDR, which takes seven images in rapid succession, the combines elements of each to make a final image with a higher dynamic range.

If you are an accomplished photographer all of these smart modes can be achieved by manually shooting raw images and using software like Adobe Photoshop or Lightroom.

We cover these modes in our Drone Flying Course at all locations.

The Mavic Air 2 comes with OcuSync 2.0, which is DJI’s best method of transmission between the controller and drone.  OcuSync 2.0 supports 2.4GHz and 5.8GHz frequencies and can switch between the two when necessary. Anti-interference technology also helps block unwanted signals.

It has obstacle sensors on the front and rear of the drone that can help to avoid collisions. There are also sensors on the bottom of the drone alongside an auxiliary light to help with automatic landing and these are similar to those found on the Mavic Pro models.

It includes the Advanced Pilot Assistance System (APAS) 3.0, which when enabled will reroute the drone when obstacles come into its path. This is designed to give pilots confidence to fly in more complex locations without fear of crashing.

Another safety feature is geofencing, which will stop the drone from flying close to high-risk and secure locations such as airports and critical infrastructure.

The AirSense technology – a first for a DJI consumer drone – which uses ADS-B aviation technology to receive signals from nearby airplanes and helicopters and displays their locations on the on-screen map on the DJI Fly app.

Initially AirSense is only available on Mavic Air 2 drone in the U.S. because of supply issues caused by the Covid-19 pandemic.

DJI has added some new automated flight modes to the Air.

Active Track has been updated to version 3.0, which brings better subject recognition algorithms to improve the automatically track people through a scene, keeping the camera on the subject..

DJI have improved the Point of Interest mode—which allows you to select an object and fly around it in a big circle while the camera stays pointed at the object person or vehicle.

The ‘QuickShot’ flight mode, helps you create visually interesting videos at the touch of a button. These include Rocket, Circle, Dronie, Helix, Boomerang or Asteroid.

Similar to the Active Track mode, Spotlight keeps the camera pointed a moving subject. But while Active Track automates the drone’s flight, the new Spotlight mode allows the pilot to keep control of the flight path for more complex shots.

The DJI Mavic Air 2 is available for pre-order today from the DJI store, with shipping expected in mid-May.

Like DJI’s previous models, the drone is available in two bundles. The ‘standard’ package, which includes the Mavic Air 2 drone, one battery, the remote controller and all the required wires and cables at £769.

The “Fly More Bundle”  includes all of the same items as the standard package, plus a shoulder bag, ND (neutral density) filters, a charging hub and two extra batteries at £949.  We will be purchasing this drone to include in our Drone Flying Lessons.

Will I need to register the DJI Mavic Air 2?

Following the new introduction of a drone registration scheme from 30 November 2019, the UK’s CAA (Civil Aviation Authority) now requires anyone who’s responsible for a drone weighing between 250g and 20kg to register as an operator. The DJI Mavic Air 2 weighs 570g, so qualifies for this. We cover this in our Basic Drone Training.

The cost for registration is £9 per year and you’ll also need to pass an online theory test, which is based on the information in the The Drone and Model Aircraft code. This test is free and renewable every three years.